In the early 80's, I spent four years working on a legendary dive boat in the absolutely pristine Red Sea, where I had the opportunity to explore where few had gone before.   We were truly pioneers & our adventures were nothing less than what dreams are made of.  Ours was one of only TWO boats diving there at the time. I know.  Hard to imagine!  But, if you're eager to "get away from it all" there are still itineraries which will take you to authentic Red Sea diving .....  read more ...

Of course, the Red Sea has been heavily impacted by tumultuous & tragic events in the recent past .... and tourism has dropped off.  However, the clients who have travelled there with us over the past few months have been thrilled by the ever-splendid diving as well as the beauty of the land tours they've done.   With fewer boats and far fewer divers in the water, the encounters with big animals have increased exponentially.

I still have friends out there who have been keeping me updated on their recent incredible encounters with dugongs, dolphins, whale sharks, huge hammerheads & sharks of all varieties.

I strongly recommend the more southern trips for those of you who are looking for both corals and big animals.   Plus, if you're looking for extra adventure, my deepest love personally is the Sudan region. We don't yet have Sudan boats on the site ... but if you call or send me a message, I'll get all the info to you in a flash.

Please don't hesitate to contact me for any information. I never tire of talking about the Red Sea and its enchantment!         Cheers, Dom

FROM COUSTEAU .. UNTIL TODAY

The Red Sea is probably the first place that comes to mind when you think about diving.  Made famous by Jacques Cousteau, generations of divers have had visions of the Red Sea - rich corals, masses of colorful reef fish, countless amazing wrecks (from freighters to destroyers) . . . and to top it all off schooling rays and sharks and playful dolphins.

Today the northern part of the Red Sea is heavily populated with day boats, and while it is still worthwhile diving, many divers prefer to skip the crowds and head for the southern waters, exploring as far south as possible in pristine waters. 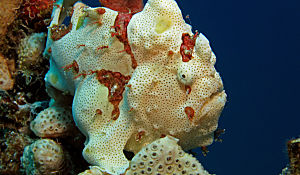 Northern Red Sea - Sharm al Sheikh and Hurgadah
An itinerary here includes some world famous dive sites such as Tiran Straits, the dramatic Ras Mohamed, possibly the WWII wrecks of the Thistlegorm & Rosalie Moller as well as other fascinating wrecks at Abu Nuhas (the ships graveyard).  Some of the most legendary dive sites on offer in the Red Sea and an ideal first Red Sea experience boasting over thirty dive sites. Just off shore live thousands of species of fish in beautiful crystal clear water with coral gardens, historical shipwrecks, breath-taking soft corals, pinnacles, steep reefs and caves.  ... read more

Marine life is too varied to adequately list here, but you can expect surgeonfish,  jackfish, groupers, snappers, barracudas, ubiquitous morays and turtles.  Circling around all of this are the white tip & black tip reef sharks, nurse and leopard sharks ... and sting rays & eagle rays.  Then, all the way at the other end of the spectrum, the eagle-eyed diver will spot plenty of nudibranchs, frogfish, scorpionfish and more, 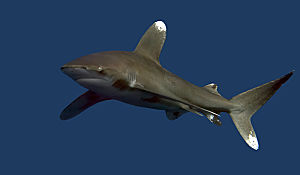 Central Red Sea - Marsa Alam, Brothers, Elphingstone
Starting with Marsa Alam, there is something for everyone.  It is rated as one of the top destinations in the world, still totally unspoiled.  See dolphins at Samadai, dugongs at Marsa Mubarak, dive the cave systems, canyons & swim throughs of Shab Claude.  Plus, large bays with rays, turtles and, snake eels.  Exciting fringing reefs with pelagic and schooling fishes, white tips and mantas. The Brothers is truly unforgettable diving on a pair of remote, tiny islands, considered by many to be among the best dive sites in the world.   ... read more ...

Elphinstone is a legendary off shore reef which is a pelagic paradise; frequented by oceanic white tips, barracuda, tuna, hammerheads, turtles & Napoleon wrasse offering spectacular wall diving into the blue. 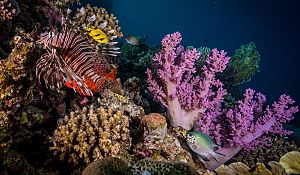 You'll encounter grey reef sharks and whitetip reef sharks swimming up and down the reef walls which are densely covered by hard & soft corals.   Frequently, you'll swim with bottlenose dolphins on the surface here and sometimes underwater. Manta rays are around during the summer months and all year you'll see butterfly fish, red sea banner fish, angel fish, and big eye bimble around in the shallows and for those that have sharp eyes, you will see large dragons and purple flabellina moving slowly over the walls.

There's so much more that we have to leave it here.   Just know that it's still glorious diving with immense variety of species. 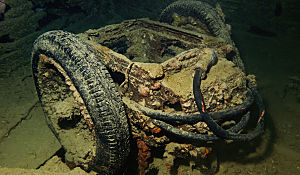 The most notable wrecks: Thistlegorm ... Rosalie Moller ... Chrisoula K ... Giannis D
The Red Sea has been a shipping lane since the time that trade developed between nations.  We've included descriptions a few of the more popular wrecks here which are included on some of the liveaboard itineraries but the options are many and varied ... and if you have a specific preference, we can guide you to the liveaboard most likely to include that wreck in its itinerary.  Let's start with Thistlegorm: The Thistlegorm sailed only 3 voyages before her final trek from Glasgow on june 2, 1941. ... read more ...

She was heading for Alexandria, around the southern tip of Africa, toward the Red Sea & Egypt with heavy supplies for the allied efforts ... as well as steam locomotives for the Egyptian National Railways. She carried Bedford trucks, armoured vehicles, Norton & BSA motorcycles, guns & ammunition, plus supplies such as boots, airplane parts and more.

The Luftwaffe bombed the Thistlegorm in October sending her to the bottom of the Red Sea with all of her cargo and taking several lives. Cousteau discovered the wreck in the 50’s but it wasn’t until the 90’s that her remains became a diving sensation. She’s easily accessible and always a stirring dive.

Rosalie Moller: A coal carrier, the Rosalie Moller followed the same route as the Thistlegorm and was sunk 2 days later. She was carrying nearly 5,000 tons of coal and very few crew so the bombing took relatively few lives. Neither the Moller, nor the Thistlegorm, were carrying troops. You will be amazed to find the Moller still in surprisingly good shape with utensils, pots & pans hanging in the kitchen and portholes still in place. The wreck is deep and is therefore for advanced and tech divers only.

Chrisoula K: Sailing from Italy to Saudi Arabia in 1981, the Chrisoula K hit the Sha’ab Abu Nuhas reef (notorious for sinking ships over the centuries). The crew was saved but the ship, a total loss, was left to sink ignominiously. The main part of the ship is relatively upright but the stern has pretty thoroughly keeled over. The wreck is easily accessible and you can get into the engine room to see the works and also into the hold, via a huge rip, to see the Italian tiles which all remain on the ship.

Giannis D: Another more recent wreck offered to wreck enthusiasts by the Aha'ab Abu Nuhas reef is the Giannis D. Transporting a load of wood from Yugoslavia to Saudi Arabia in 1983, she struck the reef and hung there for awhile (her crew were all rescued) but eventually succumbed, splitting into 3 sections as she slipped into the deep. Divers can now enter the bridge, the engine room and even the crew quarters. She is particularly photogenic ... a great dive for photographers.

The Red Sea, one of the most awesome marine environments in the world, sporting an incredibly rich biodiversity  ... is an inlet of the Indian Ocean, lying between Africa & Asia.   The Red Sea is connected to the Indian Ocean in the south through the narrow Strait of Bab al Mandab & the Gulf of Aden.   In the north, it splits into the Gulf of Aqaba & the Gulf of Suez where it joins the Mediterranean via the Suez Canal.   Nine countries share the shorelines of the Red Sea & the waters of the Red Sea support a vital fishing industry and recreation facilities.